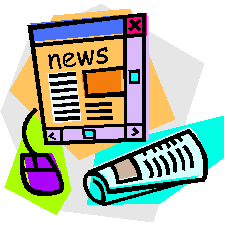 There has been a lot to write about lately. SO much that I have felt almost frozen and overwhelmed by which topic(s) to blog about. So I wrote the Opinion Piece instead and then posted and re-posted lots of mini opinions on FaceBook about ALL the current events.

You can quickly determine who is like-minded and who is not.

I am not delusional about who my family, friends, colleagues, and acquaintances are and who they are not.

I do not mind agreeing to disagree. This is part of what makes living in the U.S. so nice.

What doesn’t make living in the U.S. so nice is that we each live in some type of privilege that then often leads us to hate on someone else based on our privileged identity (whether that is one identity or many).

Hiding behind one privileged identity and it’s values and morals in order to hate on another group is still discrimination, oppression, and hatred.

I am an equal social justice advocate.  Not all vulnerable and oppressed groups experience discrimination the same. But each vulnerable and oppressed group deserves to live free of fear of oppression and violence. That is true for abused women, infertile women, LGBT families and individuals, folks without enough resources, racial and  ethnic “minorities,” etc., etc., etc.

So, I noticed you didn’t like my posts and that’s o.k. I doesn’t make my passionate advocacy any less, it just assures me that I should be louder until wide-spread justice occurs.

I have lots to share from events this past week and this week, but I’m going to start with this:

This week I’ve hugged, kissed, cuddled, and nurtured my son more than in past weeks. I’m feeling ultra protective. Now that I am a mom I understand that need/desire to protect your child from all harm in whatever way it takes to do so.  My heart feels so heavy and broken for Trayvon Martin’s family. I’ve been watching and listening to all the news about this incident and I’m trying to maintain a sense of calm and sanity. But as a mother of black boy in America it is difficult to not have all kinds of irrational thoughts and feelings.

I grew up in a diverse household (Black, White, Latino) and neighborhood. My parents (a mixed race couple) never mentioned race relations and when I encountered a situation that seemed rift with any kind of ism (race, sex, etc.) we talked about it. But prejudice, discrimination, oppression were not part of my vocabulary until I went off to college. I was pretty sheltered and naïve. In college I learned what it meant to be a minority in America.  Students of African descent made up almost 3% of the population at UCSB. It was possible that I could be the only face of color in a lecture hall of 300. I didn’t think twice about it. Then there was this incident that I will never forget. The short version: a good friend (African American) got into a fight with a Caucasian boy at a club and my friend ended up in jail. It was probably the 1st time in my life that “being black in America” really hit me.  After that my awareness was up and I noticed many things that I may not have noticed before.

So now I’m a mom of a boy of African descent. I’m a worrier by nature although I’ve tried to quell my worrisome thoughts – they just interfere with reality. But the shooting of Trayvon Martin has me in worry-mode again. I can’t for the life of me begin to understand how an individual can shoot another one and not be arrested. I’m not a lawyer nor do I pretend to understand the intricacies of laws in different states, etc. But it just seems to be that murder is murder and requires some action.

I feel helpless, somewhat hopeless, scared for the future my son will live, worried that I cannot truly protect him from harm, and angry that authorities are slow to act. As a social worker and educator I teach justice, in my own life try to live a just life and create that type of world, but incidents like this leave me often speechless and wondering if what I (we) do is making a difference. If it were your child who had been shot by a man as he walked home from the store, would you not want someone to take action?All moms have these thoughts I’m sure, but only moms of black boys need worry that a white vigilante will shoot her son because….why?…

Wear a hoodie, sign the petition, make some noise for justice!

If you have had an ectopic pregnancy (aka a tubal pregnancy) please participate in our on-line pre-screening survey, later on if your willing we might ask you to participate in an interview. Thank you for your time and for helping to spread awareness: http://www.surveymonkey.com/s/L5KLK9V For more information visit: http://shareectopicstories.blogpost.com

What I’m Tweeting About: